We’re super happy to have Baddess on the line up for Roller Easter Thursday – NOT the Last One. We sat down and had a chat about her introduction to drum and bass and finally getting behind the decks.

ROLLER: Hello. Thanks for coming to play at roller. Super stoked to have you on board. So tell us about yourself. Can you remember the first time you heard drum and bass?
BADDESS: Thanks so much for having me! I’ve grown up heading to Roller regularly over the last 15 years and always been a punter, so it’s an absolute dream of mine to play. Let’s see… a little bit about me. I’ve been DJing for nearly five years now and play a lot of different genres, everything from house to funk, jackin’ house, breaks, tech house, bass house and DnB so I guess you could say I’m a bit of a mixed bag, and play all sorts of different gigs! I’ve been building my experience over that time and in the last year things have really been taking off where I’ve been lucky enough to play clubs and at multiple festivals around WA. I think the first time I heard drum and bass would have been when I was a kid when Dad and I would go driving in the car and he’d have Full Frequency – RTRFM 92.1 on RTRFM 92.1 playing. The first time I really got into it was when I was 17 and went to one of Andy C’s legendary Aussie Day shows at Metro City, I was totally in awe.
Shortly after Pendulum released their album, Hold Your Colour, and did their “Dizplay” show which was epic! So that was the beginning of my love for DnB really and for a long time I didn’t really listen to anything else – haha.

ROLLER: And who showed you the ropes when it came to DJing? Did you pick it up straight away or did it take some time? Anyone you want to shout out?
BADDESS: Being a punter at gigs I always had in mind I wanted to learn how to DJ, but it was around 4.5 years ago at a friend’s party that Courtney (Ellictt) and some other female DJs were playing and it really inspired me to see females up on the decks and absolutely killing it! I was chatting to one of my guy mates at the party about how I wanted to learn. He’d recently learnt, so encouraged me to go for it and give it a try. I’m actually close friends with Ellicit’s cousin, so after the party I went over to Courtney’s house for her to give us a run through on the decks. I remember my first reaction was being completely overwhelmed with so many things all going on at once, but loved it and stuck with it until I cracked it! My friend had some decks at his place, so I used to go over to his place every week for him to teach me. So I did that for a couple of months then bit the bullet and got some decks of my own. I had to get a knee recon shortly after that so decided to spend the three weeks I had off work wisely by using that to practice my Djing!

It definitely took practising and preparing for a few sets to really start to wrap my head around it all properly. A lot of people may not know this but I actually only DJd DnB the first year of my DJing and then focused on G house, ghetto funk, tech house and bass house. It was only last July during COVID that I got back into playing DnB. I got asked if I wanted to play in an online stream for Remedy Promotions and Pachamama Gatherings for a female DnB DJ battle between Perth and Brisbane so of course my reaction was a hell yeah! That was when I realised how much I’d missed the high energy of DnB and have played a few DnB sets at the Sewing Room and for Inhibit and have been loving it. I’d also like to shout out to my friend Mikee Blend who’s always been a support to me and has always been up for sharing his knowledge with me. I can still remember when I was pretty fresh to mixing, heading over to Mikee’s place for a mix and meeting this other DJ there (who turned out to be Courtney – AKA Weaponess) so that was a pretty cool experience to get to mix with both of them.

ROLLER: Awesome, we’re glad you stuck with the dnb! What has been your all time favourite gig to play at?
BADDESS: In terms of favourite DnB gigs I’ve played I’d have to say a gig I played at the Sewing Room very recently “Bass Underground”. It was an all female line up, the dance floor was absolutely heaving and it was so awesome to get the opportunity to play a headline slot.

ROLLER: Have you got some links so we can follow you on social media?

ROLLER: Thanks so much for taking some time out to talk to us. Can’t wait to see you on the floor! 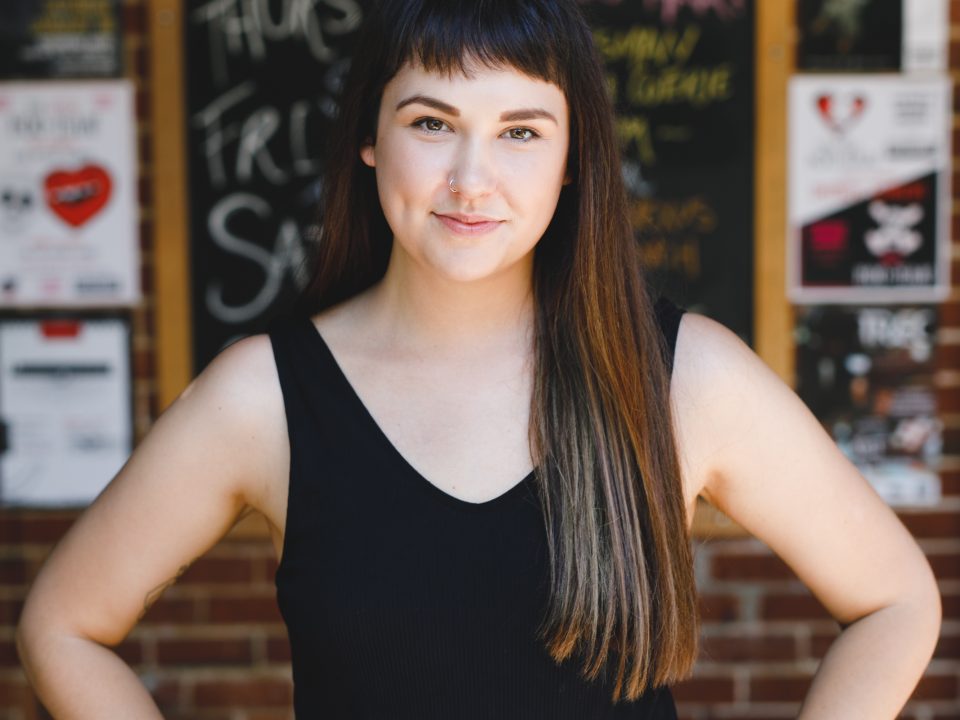